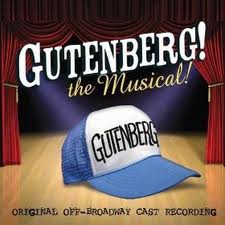 Bud and Doug have a dream - to take their musical to Broadway - a musical about Gutenberg (yes, the guy that invented the printing press). Right now, they don't have any cast, any theater, or any props. They are just going to "read" us the musical to see what we think! And hopefully a Broadway producer (in the audience) will be won over. 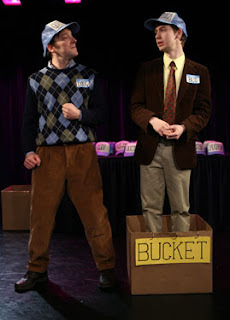 With nothing more than a few cardboard boxes and a bunch of baseball hats with the many characters' names written on them - they entertain away. And never once did they mix up the hats and characters (and i never saw them "peak" at the hat stacks to verify the names).

It's a cheesy laugh riot! Bud and Doug pepper the reading with their own life experiences and all sorts of zany songs and antics.

Take a chance on these two corn-balls at the Actor's Playhouse. Guaranteed you'll leave smiling.
Reviewed by: doug marino

Jeff Daniels and Allison Pill. Una shows up at the office. Ray is panicked.

What happens for the next 90 minutes will take your emotions on a roller coaster ride. The tension is palpable. The subject matter, unsettling.

David Harrower's play at the MTC is like none other playing on or off Broadway.
Reviewed by: doug marino 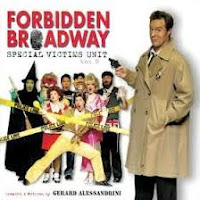 Not at all what I remembered from about 3 years ago. First of all it's now playing in a certifiable DUMP. Second, it seemed that Gerard Alessendrini was short on two things - funny and money. Barely a few laughs. Tired. Stale. Lackluster.

The performers are certainly talented - but c'mon. The old hag has to die already. It used to be funny. Now it's just sad.
Reviewed by: doug marino

The Year of Magical Thinking 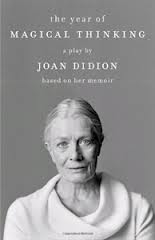 Joan Dideon's memoirs brought to the stage. An intellectually emotional tour-de-force. Vanessa Redgrave bravely conveys the pain and rationalization of the loss of both her husband and daughter.

Despite the hype, i was satisfied, but not overwhelmed by the performance. Yes, Vanessa is brilliant, but it did not seem to be her lack of talent, but the lack of teeth in Joan's work. Sure it was powerful. Sure, Vanessa added so much to it that nobody else could have. But still - I left with a sense of wanting more. Vanessa held back. The work seemed to require it. Joan has never been a playwright before. Screenplays, yes. Live theater, no. I had much higher expectations than Joan's work seemed to be able to deliver.
Reviewed by: doug marino

Prelude to a Kiss

A charming, very intimate performance at the Roundabout. John Mahoney (Frasier's Dad), Annie Parisse (DA Borgia on Law and Order), and Alan Tudyk (shirt off and smokin' hot), charmed the audience in this Craig Lucas play.


In summary - it's the age old story of "Be careful what you wish for". The chemistry between Peter and Rita and the Old Man was remarkable. The lighting and sound and simple set ingeniously complemented and enhanced the words.

It was nice to sit and watch a straightforward play, good actors, and a charming story in a great theater!
Reviewed by: doug marino 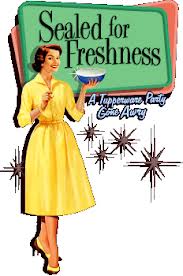 Over at the New World Stages - they're having a Tupperware party every night! The party takes place back in 1968 in a time warp living room full of swanky lamps, a working bar, amber glass ashtrays, shag carpeting, iron railings and brown paneling!! Unfortunately, the best part about the show was the set! Everyone in the audience (yes, unfortunately it was a Saturday night crowd from the suburbs) couldn't stop picking out all the museum pieces that apparently still exist in mom and dad's living room (and talking about it like they were sitting in front of their TV, not at a live theater event!) 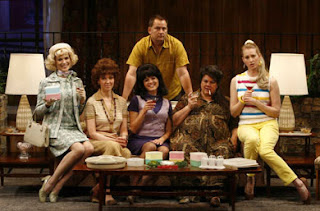 I wish more could be said about the play itself... The cast - 5 women from a mid-west suburb - could not be more stereotypical 1968! Bonnie, the host, is upset because her husband who is on his way to bowling night said she didn't look as good as she did 20 years ago (the booze starts flowing after that!); Tracy Ann, the stupid bimbo farm girl from Iowa, had a baby-talk voice that was like nails on a chalk board and after 20 minutes at least 5 people got up and left from the agony of having to listen to her. (I paid $39 for tickets and was going to stick it out to the bitter end no matter how awful it got!); Diane, the Tupperware superstar sales lady, is glamorous on the outside but dead on the inside; and, last, but not least, the "identical opposite" sisters, Jean and Sinclair. Jean is the sister who got all the attention and married rich and Sinclair is the fat, foul mouthed, bitter, booze-hound who has 4 kids and one more on the way (think Roseann Barr).


Now that we have the stage set with this cast of characters - the Tupperware party begins (yes, they really pull out the product and extol its virtues!) and we find out that on the surface all the makeup and polish hides the dirty laundry and ugly truth. Diane's husband didn't die -he left her and she can't have children. Jean's husband is probably cheating on her, Sinclair resents her sister (surprise!) and hates her kids. The ideals are true '60's/'70's with the women questioning if they should have a career or exist to serve their husbands.


It's as if someone sealed away Bonnie's living room in the Tupperware and just opened it up for us all to see today! Unfortunately for us -Tupperware works.
Reviewed by: doug marino

At Least It's Pink

Yes, a trasy little show... well, more like a cabaret act. Cute story - definately not for the kiddies. The potty mouthed Bridgett Everett is on stage working the crowd while Kenny Mellman is behind the piano (Herb, of Kiki and Herb). His music and lyrics are hysterical (and orriginal) and Bridget's performance seems as fun to give as it is to watch. I did feel a bit "tricked" when the two audience members who were being picked on turned out to be part of the show at the end!

It's playing over at the ARS Nova on 10th and 54th. Take a trip over. Besides - the bar is open during the show (and the bartender is pretty cute too).
Reviewed by: doug marino 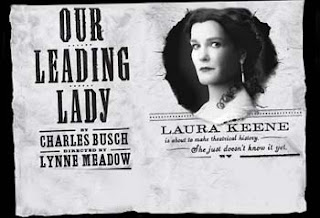 One minute you're laughing - the next minute President Lincoln is shot! This play has a little of everything - perhaps to its own detriment.

Kate Mulgrew plays the powerful and accomplished Laura Keene who shows up at the Ford Theater in Washington DC to take charge of a "rag-tag" theater company with the ulterior motive of actually taking over the theater itself. She plans to earn this privilege by filling the house and bringing prestige back to the theater on the opening night. And with President and Mrs. Lincoln in attendance how could anything go wrong?! (Well, you know the rest) 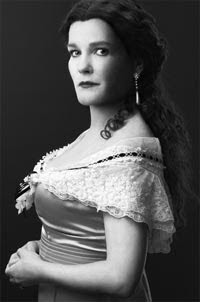 Maxwell Caulfield, Barbara Bryne, and Kristine Nielsen comprise the major players in the theater troupe. Their characters all have marginal talent and are nothing "big". Throw in a young (and very cute) stage manager learning the ropes in the theater, who seems to have an inappropriately ultra religious upbringing (along with a closeted curiosity for men) and you have all the ingredients for some laughs and some serious drama.

The back story of how President and Mrs. Lincoln came to be at the theater that night is a clever idea and the use of this historic event as the fabric for the story being told is a credit to Charles Busch's overall creative talents.

With all those ingredients I didn't feel that either was done so well. The laughs were more chuckles... and the drama didn't exactly evoke tears. Overall the show was longer than it needed to be, but not uncomfortably so. On the bright side, the rotating stage proscenium was clever and the classical piano music at the scene changes was brilliant.
Reviewed by: doug marino

Liev Schreiber powers through the callers with an intensity like that of a genuine late night radio shock jock. The show is basically 90 minutes of his character, Barry Champlain on the radio taking calls, telling it like he sees it, turning up the heat and asking provocative questions on the eve of a deal that will take his local Ohio radio show national. What develops is the juxtaposition of Champlain's character on the radio versus real life - and the struggle to draw a clear line between the two. 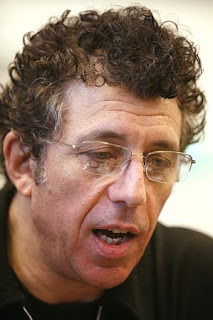 Make no mistake, the show is scripted. The callers are all off-stage and are not a variable part of the show. One of my favorite entertainers - Christine Pedi - creates many of the voices. Actually there are 5 callers and they run the gamut of voices and personalities. On stage, there is a small supporting cast, including Stephanie March (ADA Alexandra Cabott - Law and Order SVU).

There was certainly an intensity to the performance - staged as if in a studio - with working microphones, hence the "deep radio voice" is broadcast to the audience as if we were actually listening to the radio.

The show, written by Eric Bogosian (SubUrbia, Law and Order CI) 20 years ago, doesn't seem to "shock" as much as it probably did 20 years ago. Today we're all used to Howard Stren and the likes. Yet there is a timeless story buried beneath the surface - the story about how Hollywood and the Media can make a star out of a character and how that real person and life behind the character can transform - or be transformed - by the circumstances.

My mother used to tell me not to believe everything I read. I'd consider extending that to everything you hear, too.
Reviewed by: doug marino