The Music Man - In Concert

A benefit concert for Transport Group, The Music Man in Concert brought together some of the biggest and brightest stars on Broadway today at the Signature Theater.

Conceived and directed by Jack Cummings III and brilliantly narrated by Joe Iconis, the evening was filled with artistic back-stories, laughs, song, smiles and pure joy.  Over 80 performers and musicians generously donated all of their time and talents to the evening's performance.

Each taking a turn at Harold Hill, Santino Fontana, John Ellison Conlee, Andrew Samonsky, and Jeffry Denman each stole the show - one after the other.

As Marian, Alexander Silber, Lauren Osnes, and Betsy Wolfe, and Jessica Hershberg were all absolutely divine. 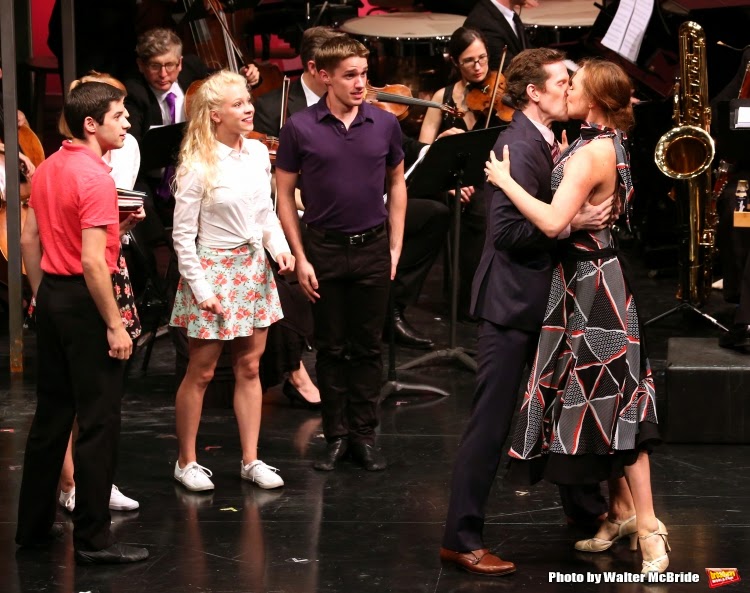 Andrew Keenan-Bolger was 100% adorable and pure delight as Marcellus Washburn - lisp and all.  And last but not least, the whole ensemble and the wonderful orchestra was pitch perfect and dashingly dressed!

An enjoyable and unexpectedly educational evening all around.  Joe Iconis' suit certainly took the top prize and the tales he wove made you long for a big silly musical about Iowa on Broadway - once again!
Reviewed by: doug marino