With music and lyrics by Samuel Bernstein, this fantastic entrant into the New York Musical Theater Festival (NTMF) seems to be seriously rallying for a future off-Broadway run.  I am in awe of the creatives and casts who literally throw these shows together in a remarkably short period of time.  Simply amazing.  So when you get to see a show that delights and entertains in a cogent and cohesive manner, its all the better. 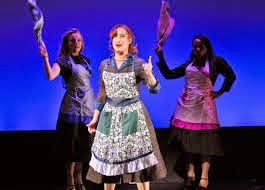 Mr. Confidential is the story of a family magazine publisher who turns to the gossip rag trade (inventing or perfecting it?).  He runs scathing stories, slides right down the line of truth and honesty and quite literally captures the American public at a time they had nothing similar.

Kevin Spirtas is perhaps a bit lackluster yet still entertaining in his performance as Bob Harrison.  Erin Leigh Peck is possibly the show-stealing character as Marjorie with her powerful voice and tough acting chops!  Amy Bodnar is divine as the ditsy and lovable Jeannie.  Michael Marotta aptly portrays the journalist Walter Winchell with his deep and rich radio voice. 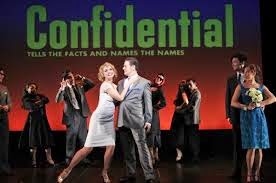 With an ensemble that includes James La Rosa, Willie Falk, Alina Watters, and Joshua Dixon, this show is poised for a next step toward a commercial run.  The music is peppy and memorable in that big-band/swing dance kind of way and while the story does need a little trimming (especially that courtroom scene) I could see a snappier version of this show running at New World Stages or on Theatre Row at the Acorn, Clurman, or Beckett.  The allure and mystery of that era could even propel this one to Broadway after some tweaks, improvements, adjustments - and the addition of a star or two.  Think After Midnight and you'll get the idea of what's possible.

TMZ and Gawker would not be what they are today without Mr. Confidential and his magazine.
Reviewed by: doug marino

This might be referred to as a juke box musical and I will admit I usually don't go see these very often.  However, someone so embedded in the musical fabric of a generation deserved a shot.  The one thing I learned is that this is not just the Carole King story!  The title is a bit misleading as we are treated to the songs and lyrics from not only Carole King and Gerry Goffin but also Cynthia Weil and Barry Mann.  The format is essentially a back-and-forth with the dueling teams fighting for the next number-one hit that a popular group would sing. 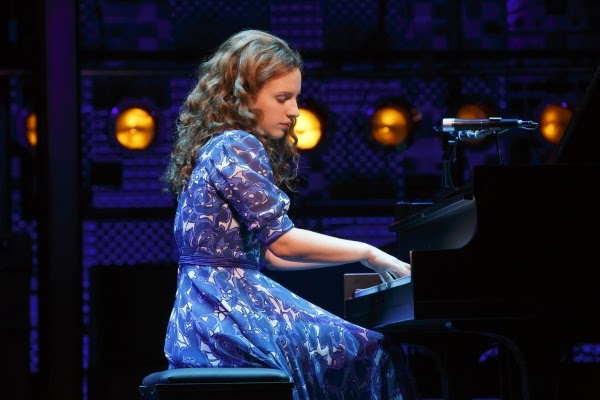 Back in their day, the songwriters were not well known and didn't perform at all (today some songwriters are actually performance artists in their own right, others remain behind the scenes like these folks).  Right from the start we learn that Carole never wanted to be a performer -it was not her dream.  We learn that it is something that came about after being married, having two kids and divorcing and moving to California.  It evolved as she "grew up" and "found her own voice".

Jessie Mueller (Carole King) does a wonderful job at transforming from a young, enthusiastic Jesish kid from Brooklyn who skipped two grades and started writing music - to a mature, full-voiced, emotional singer making her debut record and debut concert at Carnegie Hall.  Jake Epstein (Gerry Goffin) plays her obviously talented, very good looking, and ultimately mentally unstable boyfriend come husband and writing partner (he wrote the lyrics and she wrote the music).  At my performance, the knock-out understudy, Sara King, played Cynthia Weil and she fit the part like a glove!  Jarrod Spector rounded out the competing songster couple as hypochondriac funny-man Barry Mann. 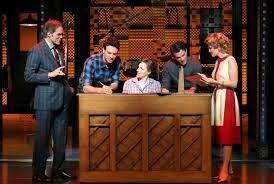 From a construction standpoint, the show presents itself by showing you the songs as envisioned by the writers as they are under development (you get a tease of the melody and lyrics to remind you they wrote it) - and then you get treated to groups of actors and singers such as The Drifters, The Shirelles, The Righteous Brothers and Little Eva actually performing the hits including Will You Love Me Tomorrow, The Locomotion, Up on the Roof, and Some Kind of Wonderful.   Very effective for a toe-tapping Broadway musical.  Of course you have to wait till the end to hear Carole in her own voice belt out You've Got a Friend, Will you Love me Tomorrow, Natural Woman, and, of course, the titular number, Beautiful. 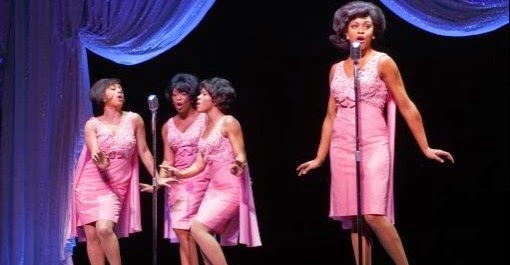 The show portrays Carol as an ordinary Jewish woman who found herself thrown into a man's world of music, songwriting, and business and she really just wanted to be a stay-at-home mom to her kids and write her songs.  Little did she know life would throw her a curve ball and thrust her (to our benefit) into the limelight where she got the opportunity to use her own voice to sing her own songs.

Heartwarming, entertaining, and triumphant are words that line up nicely with this show.  I''m left wondering if Jessie Mueller will ride her Tony award winning performance out or we will see someone come in and take over the role on Broadway.  We shall see.
Reviewed by: doug marino

Playwright Laura Eason has penned a remarkably intelligent, thought-provoking, well-balanced, two-hander about writers and their plight in today's modern world. 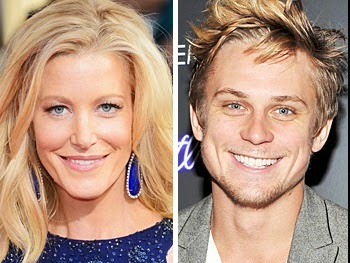 The talented and beautiful Anna Gunn (Olivia) and incredibly hunky and devilishly handsome Billy Magnussen (Ethan) take the helm of the Tony Kiser Theatre at Second Stage this summer in this powerful, tight, and sexy production with David Schwimmer's keen directorial insight.

Billy plows into the Bed and Breakfast in the mountains and fireworks explode from that point forward.  She's a classic writer, strong, sexy, vulnerable and smart.   He's a bold, brash, impish interloper on a mission.  Who is he really?  Is your past part of who you really are?  Can you do bad things and still end up being a good person?  Who is he really?  Well, clothes fly off many times and sparks fly - this is no surprise -  but the depth of their relationship is tested and challenged in many ways.

Should she?  Shouldn't she?  Who is he really?  Go grab a seat at 2ST and find out.
Reviewed by: doug marino

In its pre-Broadway try-out at the Bank of America Theater in Chicago, Sting's new musical, The Last Ship, is working out the kinks and honing its message for the masses of New York City this fall. 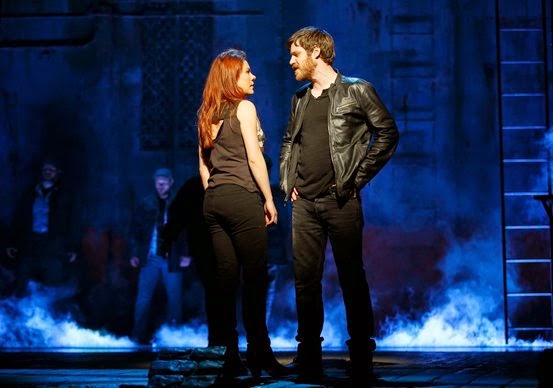 Sting has penned a surprisingly remarkable score fit for Broadway.  It's lush.   It provides a rich backdrop to the entire production and lifts the actors to amazing heights on the stage.  I'm the first to admit, I was impressed (I mean my expectations were set low after that Bono-Spider debacle).

The spunky and powerful Rachel Tucker (Meg Dawson) and smooth, throaty, and devilishly handsome Michael Esper (Gideon  Fletcher) with a voice like Sting's aptly helm the cast with support from such greats as Fred Applegate (Father O'Brien) and the always amazing Aaron Lazar (Arthur Millburn). 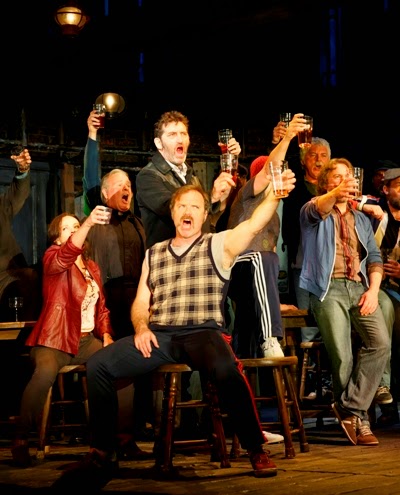 Now, to be honest, the story is not the happiest.  It's not exactly the most riveting or interesting.  It's a love story as many are.  It's set in an English shipbuilding town in North East England and has, as you would expect, the requisite love, rejection, acceptance, and key character death, general conflict, and will certainly entertain some.

I love checking out shows out of town and this one was no exception.  If you love Sting and want to see him showcase his musical talents in an entirely new way - get your ticket to the New York production today!