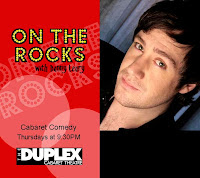 The delicious Danny Leary and his cabaret show -aptly titled On the Rocks with Danny Leary. He's bringing back '80 style fun and frolicking on stage - attracting a potpouri of musical and comic talent! Danny, not only are you delicions, you ROCK!

One of my favorite acts at this week's show, Stone and Stone. But here's a video of my very adorable and funny friend, the reason i went in the first place, H. Alan Scott. 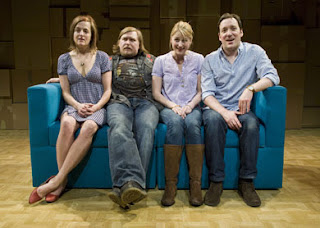 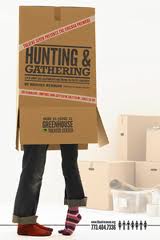 The funny and quirky show at Primary Stages at 59E59 Theaters about 4 interconnected New Yorkers - A college professor recently divorced, his brother, a perennial couch surfer, a neurotic apartment hopper searching for the elusive "it" place, and a slightly dizzy college student not afraid to try it all out - all tied together with the common bond of dive bars and dating, apartment hunting and Craig'sList, the search for peace of mind, and a place to call home.


Are you a Hunter? Aggressive, on-the-prowl, know what you want, go out and get it?

Are you a Gatherer? Caregiver, cleaner-upper, emotion sharer, the move-in type?
Reviewed by: doug marino 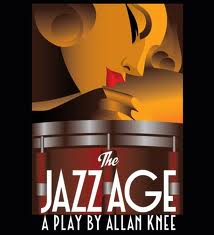 The intimate setting of Theater C at 59E59 Theatres was perfect for a play about the relationship between F. Scott Fitzgerald and Ernest Hemingway. A small jazz band elevated above the stage provides hushed melodies throughout the show as if those sounds permeated the air these "lost generation" artists breathed.

Fitzgerald and his wife, Zelda Sayre wove themselves into the life of Hemingway in Paris. A story of the self doubt of an artist, how rocky the road to success can be, and how fickle and fleeting it really is. What defines friendship between fellow artists? What keeps those friendships going and what defines their boundaries? 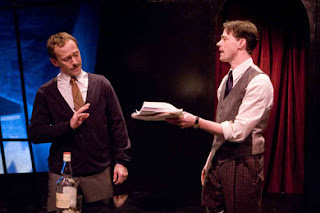 Overall a pleasant evening of theater. I just hope it was mostly all true! I think a trip to wikipedia is in order for me now.
Reviewed by: doug marino 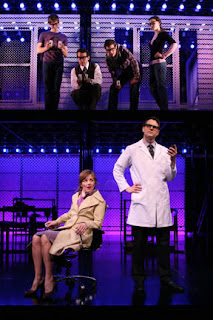 Let me be perfectly clear. Run. Don't Walk to Second Stage Theater on 43rd and 8th Avenue. Next to Normal is a musical tour de force. More relevant than Spring Awakening; As daring, moving and poignant as Rent; more hopeful than August: Osage County.

Brian D'Arcy James usually headlines a show. Well in this ensemble cast, each actor is of equally amazing vocal prowess and raw story telling talent. Alice Ripley, Asa Somers, Jennifer Damiano, Aaron Tveit, and Adam Chanler-Berat bring you to tears one moment and to your feet in raucous applause the next. 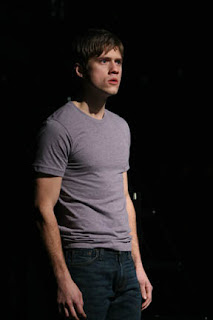 This rock musical written by Tom Kitt (Music) of High Fidelity fame and Brian Yorkey (Librettist/Lyricist) will knock your socks off. Director Michael Greif (Grey Gardens, Rent) brilliantly consumes every inch of the 3 story set to keep the story alive (and the actors running).
Vocally, this show opens up full-out and doesn't look back for one minute. One of my favorites (if there could be just one) is Aaron Tveit (the gorgeous blonde boy the the kickin' bod) who all but brings down the house right from the start. Then about 20 minutes into the show, a left hook is delivered right to the head. And the blows keep coming non-stop, scene after scene. This is a show about real life, real life problems, and real families enduring, and sucumbing to those problems and possibly inevitably passing some of them on to the next generation.

I'm not going to give away one ounce of the emotional pounding you will take during this show.

Get a ticket. Go. Now.
Reviewed by: doug marino

Sarah Ruhl (Erurydice, The Clean House) has penned an entertaining and quirky tale about an off-beat young gal who happens to cross paths with a man who dies in front of her at a cafe. His cell phone rings. She answers. She becomes attached to his cell phone and indirectly to his life and what it all really means. Things evolve from there. 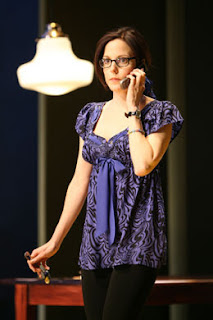 Mary Louise Parker is a delight and at home in the role. Kathleen Chalfont embraces the equally off-beat mother of the dad man in stark contrast playing her with bold humor and power.

The tale, while entertaining, seems to skirt the border of unbelievable and absurd somewhere in act two when we ascend to heaven. Fortunately it doesn't go too far off the map, but also never quite makes it back on track either. Overall, very entertaining. Well worth the off-broadway price for a chance to see these two stars up close and personal.
Reviewed by: doug marino 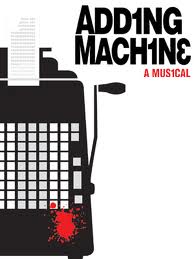 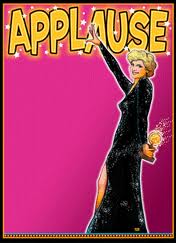 A classic film, All About Eve, staring Bette Davis, begot this Comden & Green musical in 1970 at the Palace Theater staring Lauren Bacall (and later in 1973 on TV starring Bacall and Larry Hagman). In it's endeavors to bring the less-known musicals back to the stage, Encores! ended up with something less than brilliant, bombastic, super and fantastic.

Don't get me wrong - even recovering from the Asian bird flu (or something like that), Christine Ebersole was above average in the leading role. It certainly was a disappointment to see her at less than "full speed". However, the problem was casting, not performance. As a good friend of mine said, "Could Christine Ebersole have been more mis-cast in the role of the aging Margo Channing?" I think not.

Certainly a brief but memorable performance from Mario Cantone and Kate Burton, but nothing in all of this would suggest it's anywhere close to a Broadway revival ala Gypsy with Lupone - (the last success story from Encores!) My favorite scenes were perhaps the full cast numbers -the show's title number "Applause" and "But Alive". Ebersole seemed to be having as much fun mixing it up with the gays as Bacall in this 1973.

It seemed appropriate for an "all star" semi-staged reading, but I'm going to guess that we won't be seeing Applause on Broadway again any time soon.