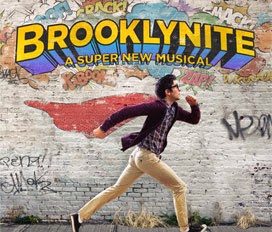 There's a little slice of Brooklyn invading Manhattan at the Vineyard Theatre near Union Square in Manhattan.  Fear not.  The invasion is merely a riff on chemistry, superheroes and saving the world.  (Spoiler Alert:  Brooklyn survives).

It's an energetic, endearing, engaging, and enthusiastic undertaking by Michael Mayer and Peter Lerman.  Serious, not a chance.  Lively, funny, silly - all that and more.  Steven Hoggett's choreography  keeps the performers on their toes and moving all over the stage from beginning to end.  Mr. Mayer's additional role of director makes much sense.  He tells us his story, his way. 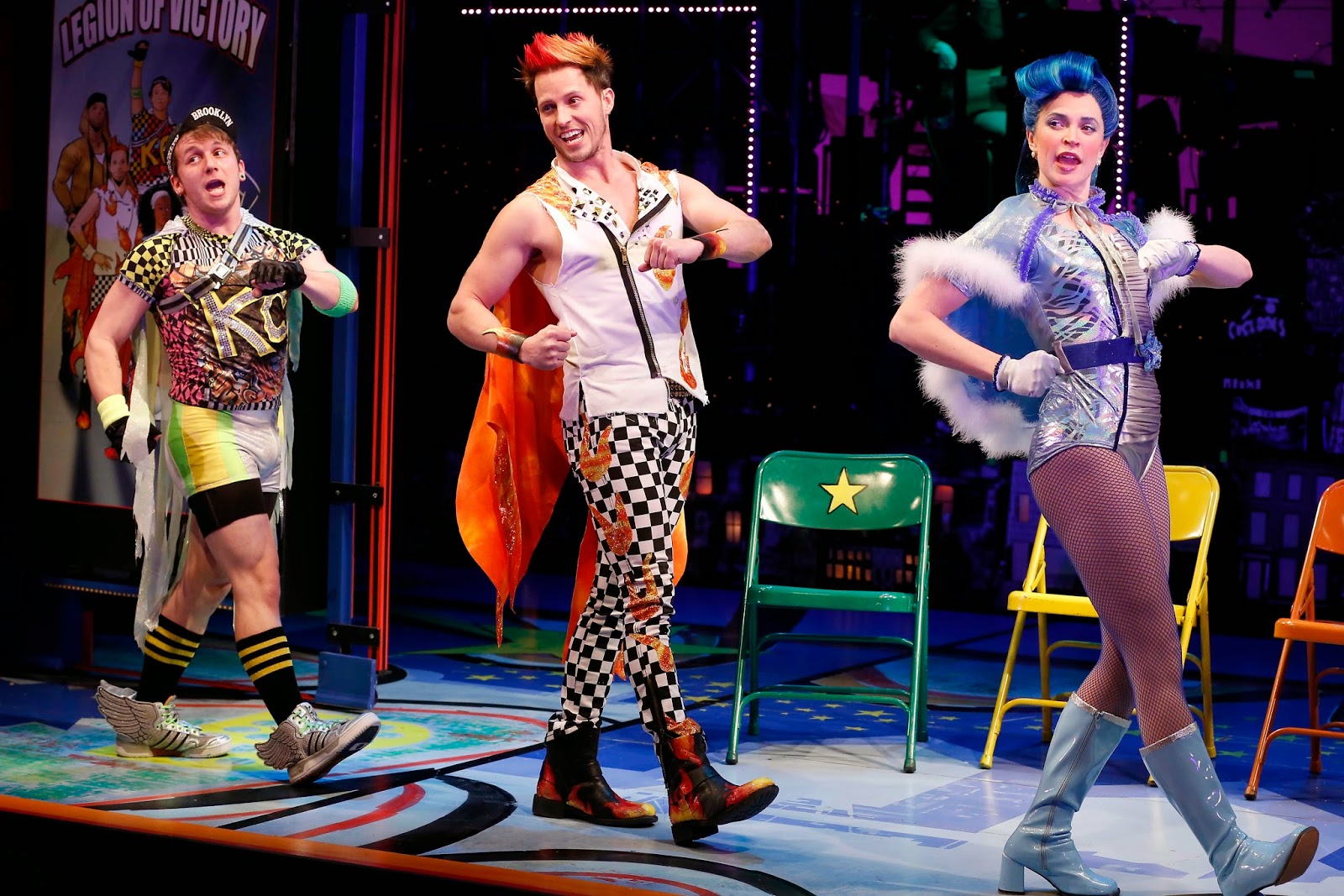 Helming the production is the deliciously nerdy and uber-talented Matt Doyle (Trey Swieskowski).  Supporting him are the suave and handsome Andrew Call (el Fuego) and the hunky Gerard Canonico (Kid Comet).  Stunning beauties Nicolette Robinson (Astrolass) and Grace McLean (Blue Nixie) both showcase their star powers and both blow the roof off the theater nightly.   Rounding out the cast is the stalwart Ann Harada (Professor Whitman) and powerhouse "goomba" Nick Cordero (Avenging Angelo). 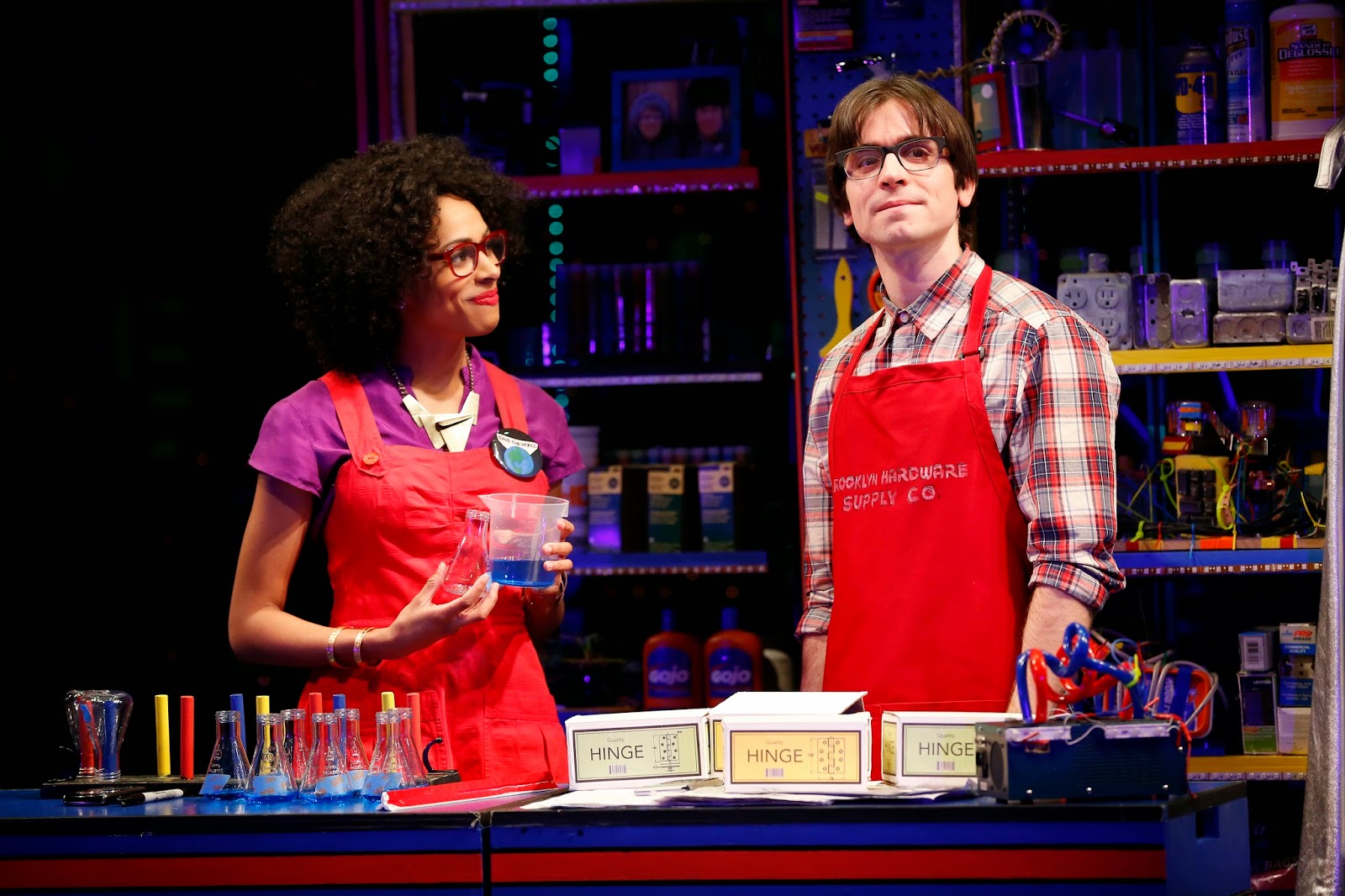 There are plenty of riffs on Brooklyn - perhaps a few too many given the fact that nobody outside NYC would even know what the jokes mean (read a tour or regional theater is not in the cards for this one).  El Fuego awkwardly even says "I put the wick in Bushwick". (get it?  he's a flame and he's talking about a candle....ok).   The show runs 2 hours which isn't too bad, but I'd say maybe another 10-15 minutes could be shaved off the show to punch it up to the max.  Maybe cutting one too many of the ballads might work in this area. 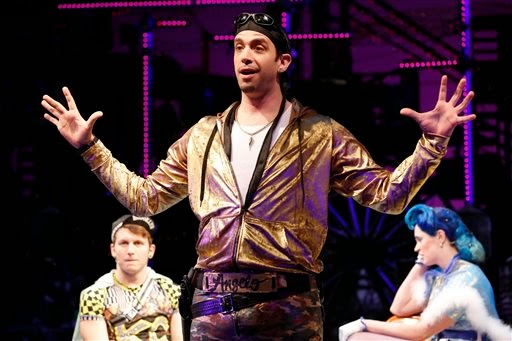 It's not too easy to make a silly show based on superheroes work but this team has, at least the best they can given the subject matter.  In the end it's a love story,  a comic book like caper,  and a save-the-world story all rolled up in one.   For an off-Broadway, Not-For-Profit theater it's a bit of a coup to get such heavy talent to don capes and tights for 2 hours 8 shows a week (seeing Andrew Call in them and ripping open is shirt was worth the price of admission alone).  But he heart and soul of this show is inherently good and audiences will ultimately appreciate it - if not love and rave about it.  After all - saving Brooklyn is high on everyone's list - right?
Reviewed by: doug marino

There's a new play over at Playwrights Horizons that in 100 minutes gets you thinking about life, decisions you make, and what those decisions are based on.  While the play is well acted by all 4 of its fine actors, it's writer hasn't put enough meat on the bone to make it compelling.  She leaves paths unexplored, ideas unexplained, and frankly leaves the audience wondering was there a story here or not?

For sure it's filled with the idea of decisions make and the facts and non-facts that lead us to those decisions.   Was it real?  I'm left to guess that she had to throw in the source of the term placebo from way back in time to the fake mourners that were hired to attend and cry at a funeral just to link her material to the idea.  By coincidence one of the characters is a medical researcher doing a trial of a new drug.  Her boyfriend is a PhD candidate at the very end of his thesis.  They have a strained and awkward relationship.  She has a weird but cute co-worker.  It's all very superficial and we never really get to know the characters in any depth yet we are made to sit 100 minutes to observe all these goings on with little to no explanations or conclusions to the entire affair. 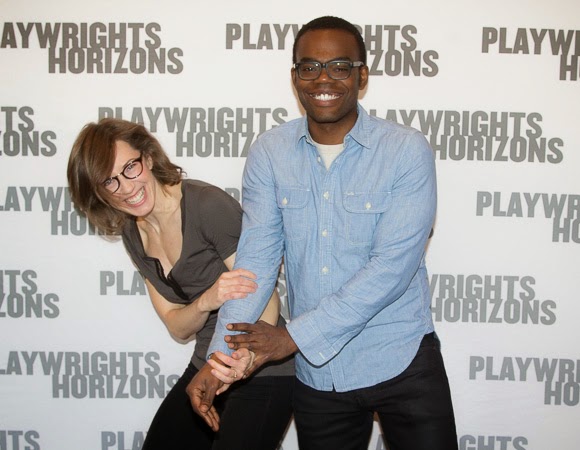 Carrie Coon (Louise) is a magnificent neurotic and lost soul despite the fact that we never learn her character's name till about ¾ the way through the play.  William Jackson Harper (Jonathan) is a pro at the serious academic with a focused mind and serious outlook.  Alex Hurt (Tom) is superb at being aloof and weird all with a sexy and alluring edge.  Florence Lozano (Mary) might have the most fun role in the play as a research candidate in a sex pill study.

All thing considered, it's the lack of focus and depth in the material that damages this play's impact which does have a compelling baseline idea.  It provides food for thought but it's only a snack and you leave the theater wondering if you got the real thing or not.

I'm Gonna Pray For You So Hard 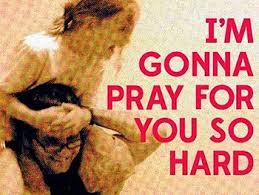 Off-Broadway plays, in my humble opinion, will always be a more visceral, poignant, and biting experience than their bigger siblings on the Great White Way.  Why?  Because they can take more risks, be bolder, and cover those topics that a white-washed, milquetoast Broadway production with it's high-priced tickets in coldly vacuous theaters simply can't.   And I think I like it that way.  Nothing beats a riveting play in an intimate downtown black box theater - and Halley Feiffer's potent new work, I'm Gonna Pray For You So Hard, hits this nail squarely on the head and sinks it deeply into the wood beam much like a bullet penetrating a skull. 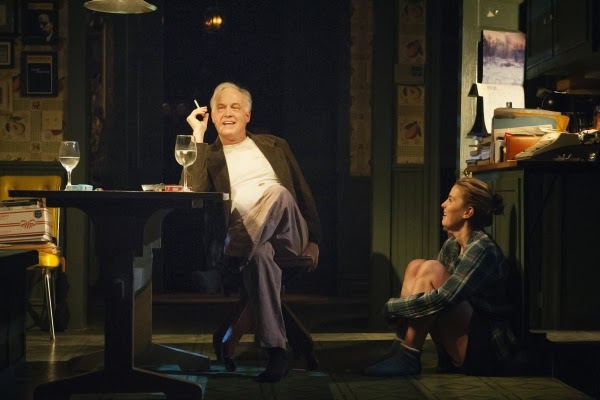 Reed Birney for whom this fan has noting but praise, once again raises his game and stretches his boundaries with David, a bitter, opinionated, acerbic, highly damaged playwright who maintains what one might categorize as an, abusive, domineering, and permanently corrosive relationship with his impressionable young actress/daughter, Ella (Betty Gilpin).  Up to this point I would never have pegged Mr. Birney for such an aggressive, bear-it-all role but his performance here has placed him in an entirely new category in my book.  For his next role, I can clearly see him playing Roy Cohn in Tony Kushner's Angels in America.  If I were a Tony nominator (and this play were actually eligible), Mr. Birney would get my vote hands down. 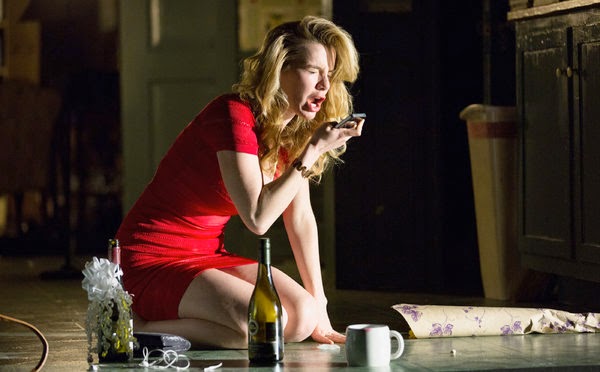 In this intimate two-hander at the Atlantic Theater Company - Stage II, we find David clearly dominating the conversation around his Upper West Side kitchen table in Act I.  When the smoke clears for Act II (quite literally), we find a once shy and awkward Ella all grown up and coming into her own in a dark downtown black-box theater mostly holding one-sided conversations on her cell phone.  While she has blossomed in her looks and confidence, what we quickly learn through her actions is a simple, timeless, and chilling lesson  - Like Father - Like Daughter.

Don't expect a happy reunion between these two in the end.  Like the old phrase goes - What comes around, goes around.
Reviewed by: doug marino

The World of Extreme Happiness 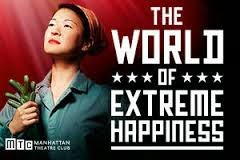 When a play succeeds in telling a political and social history of another people, you leave the theater with a deeper appreciation of the world around you.  Frances Ya-Chu Cowhig has penned a stinging yet touching portrait of China emerging from the old-world countryside into the big urban cities - dirty laundry and all. 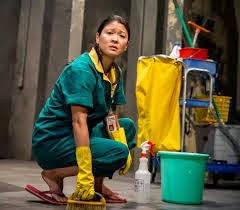 The World of Extreme Happiness is anything but happy in the end.  Jennifer Lim (Sunny) is the country-to-city dreamer of generation X.  She's navigating the tricky class structure and economics of how rapidly China is emerging onto the world stage as an economic powerhouse and provides us a poignant look at her life.  She and her brother (Telly Leung) Pete escape the country and their traditional old-world father (James Saito) to follow their dream of money, power, and the elusive happiness the modern city and the world around them purports to offer.  The tale that unfolds is not unexpected, but nonetheless shocking and sad in its stark reality. 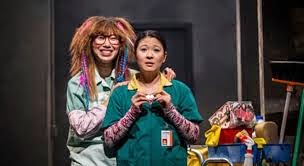 The play is accompanied by an insert in the playbill which describes the major themes of the play including China's one child policy, The Monkey King, coal mining in China, factories in Shenzhen, The Great Hall of the People, and the self-help craze taking root in the culture.  With a list like this you know the play is going to be smart.  While there are a lot of topics to cover, I believe the fine direction of Eric Ting has focused the play down to an intense and satisfying 95 minutes without intermission.  a wise choice for a very serious story.

In the end, this is a tale of how rapidly a generation has transformed a country and yet how much further they have to go to achieve that elusive dream of happiness and peace.  Theatre is one way to get this message out.  Only time will tell if it helps to change the world.
Reviewed by: doug marino