Look out New York - here comes two powerful women.  I say this about both the characters and the actresses portraying them.  In their latest installment, War Paint, Doug Wright (Book), Scott Frankel (Music), Michael Korie (Lyrics), and Michael Greif (Director), come together to tell us the yet untold story of two very powerful women who were pioneers in the cosmetics industry - Elizabeth Arden (Christine Ebersole) and Helena Rubinstein (Patti LuPone). 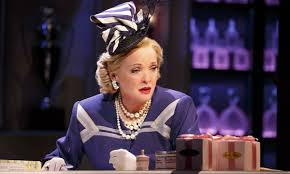 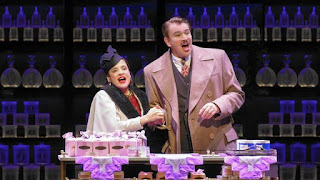 With these powerhouses, one would expect a slam-dunk hit.  What was delivered was substantially less than that.  The music was melodious and delightful.  The story was a tad bit long and not exactly the most interesting throughout.  What turned this possible star vehicle into a half baked show was fortunately or unfortunately mostly the fault of Ms. LuPone.  She portrays Ms. Rubinstein with a thick (presumably) Polish accent.  Although it really just sounded Russian.  There was nothing wrong with her vocal abilities - which often blew the roof off.  There was nothing wrong with her acting abilities either.  One hundred percent of the failure was her accent.  Mr. Wright's story is often told through Mr. Korie's lyrics - and when you can't understand a single word in entire song after entire song, it becomes a bit of a problem for the audience to understand what the hell is even going on. While there was some humor in the dialogue also - once again - the accent intercedes and causes confusion.   One of these effects is to turn Ms. Ebersole (Arden) into the dominant, understandable, and significantly more liked character.  An imbalance that does not correct itself throughout the entire show.  Ebersole's portrayal of Arden was pitch perfect, humorous, and sublime.

Note to the director and Mr. Wright - cut the prologue and open the show with Arden's number - it was fantastic, colorful, rousing, and set the mark very high. 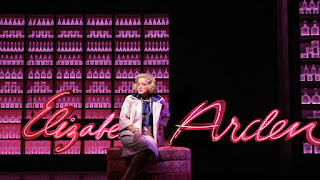 At times there are two signatures hanging above the set (Arden and Rubinstein) and occasionally, the actors were under the wrong name.  When you do that in the beginning it's a fairly bad idea.

These two ladies were mavericks of their time and their story is somewhat interesting, but there were too many detours, side stories, and un-explored plot lines.  This script needs a doctor.  It brings new meaning to the phrase "Let's put some lipstick on this pig."
Reviewed by: doug marino 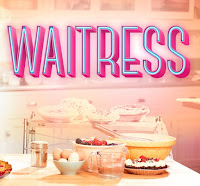 The all female dynamo creative team of Sara Bareilles (Music & Lyrics), Jessie Nelson (Book), and Diane Paulus (Director) have turned Adrenne Shelly's (Motion Picture) work into a divine Broadway chic-flick with something for everyone to enjoy. 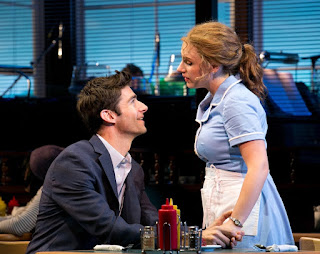 Broadway darling Jessie Mueller (Jenna) tackles the downtrodden role with gusto and aplomb, bringing life to Ms. Bareilles' music.  But what may be more important is that the supporting cast brings life to the show itself.  Understudy Stephanie Torns (and presumably Kimko Glenn too) bring a quirky, funny, and lovable geekiness to life in Dawn.  Keala Settle brings a bold, sassy, brash waitress to live in Becky.  The adorable tall drink of doctor water, Drew Gehling, brings a hopeless romantic and lovable married lunk to life in Dr. Pomatter.  And perhaps the most underrated and hysterical - scene stealing Christopher Fitzgerald brings geek to life in the adorable Ogie.

A perfect blend of soulful music, funny dialogue and a quirky cast of characters forms the basis for quite an enjoyable evening in the theatre.  The term chic flick does come to mind to describe the overall show but once the first bar of the show is played I think there's a little something for everyone in this delightful summer story that continues to pull in box office receipts to keep it afloat.
Reviewed by: doug marino

In a new work by Norman Shabel over at the New World Stages, we are treated to a legal gem.  Well written such that the audience understands the way a class action lawsuit works and well acted such that we believed the actors in their respective corners of the fight.

Director Christopher Scott had much talent to work with but he didn't have much in the way of sets.  A boardroom table and some chairs were going to have to suffice.  Mr. Scott channeled the talent of the fine actors to make his impression last. 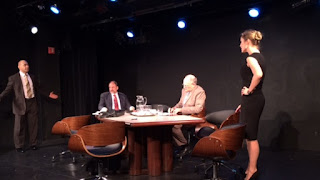 These actors rattled off their legal lines with aplomb - a believable and realistic portrayal of the down and dirty tactics of both sides of a great legal fight.  This fight has to do with groundwater contamination by a chemical company - something not so far fetched given the history of chemical companies over the last 100 years.

A great legal drama with a redeeming ending for Ms. Strassburg.  When the stakes are high, people on all sides will go farther than you might believe.
Reviewed by: doug marino