Powerhouse Tracy Letts penned a killer show several years ago - August Osage County - family drama - intense - drug fueled.  Wowza.  His latest installment off-Broadway, Man From Nebraska, is far from that prior mark. Intentional, I'm pretty sure.  This show is brooding, show, vacuous, empty, hopeless, and depressing.  This is not all necessarily bad, it just leaves you quite a different taste in your mouth than the prior installment. Sometimes life throws you curve balls.  Some people swerve to avoid them, others get beamed directly in the head.  Such is life. 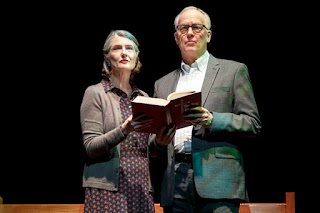 Probably the hardest working actor on and off Broadway, Reed Birney, (Ken) helms this production and is basically whom the entire show revolves around Ken and his mid-life religious crisis.  Kathleen Peirce (Cammie Carpenter) is his devoutly religious wife who is left to deal with the fallout.  It was not lost on me that Ken was from dead-center America where religion is much more central to the lives of people.  Ken meets Harry Brown , the brilliant Max Gordon Moore and Tamyra, the lovely Nana Mensah.  It also did not get lost on me that in his mid-life crisis he flew the coop to London - a city that could not be more different than Nebraska.  Mr. Letts seemed to be hinting at these disparities in quite a bit of the dialogue - (Ken: "I lost my faith", Tamyra: "They throw you Yanks out for that these days?"). 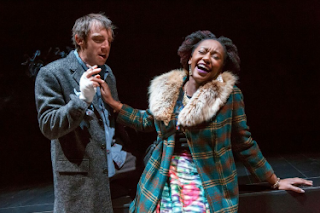 Part blistering critique of religion and America, part human condition, Mr. Letts shows us what happens when man questions long held beliefs as provincial and narrow as they might seem.  He may or may not find something more satisfying out there.  He may come back. Or maybe he won't.  Despite the rather hum-drum and depressing Nebraska life that Ken leads, we do find that he is able to expand his horizons if even for a brief period.

Frankly Mr. Letts' play doesn't really answer the question it merely scratches the surface and explores the topic.  If you are looking for definitive answers you won't find them here.
Reviewed by: doug marino 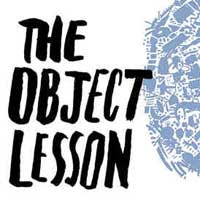 It seems the entire season at New York Theater Workshop is one full of "alternate theater".  In the latest installment - once again - we have a non-theater "experience" rather than standard drama.  NYTW - it's getting a little old - and it became literally uncomfortable 2 shows ago. 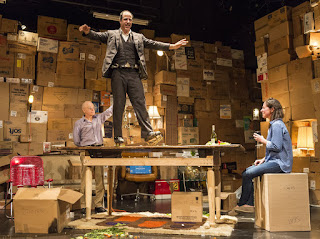 Geoff Sobelle is indeed a unique individual.  He wrote and stars in his one man show, The Object Lesson.  It is not so much a show as it is performance art.  There is only a vague reference to what I understand is the message behind the play - memories, keeping things, packing them up and where they end up.  The entire evening seems to be a metaphor for the concept.  The only thing is - nobody bothered to tell us.  The audience is in the dark watching Sobelle ramble on about France and a traffic light, make salad for an audience member with ice skates, and have a conversation with himself (this was clever) and have a non-verbal performance pulling endless items out of a bottomless box.

If that were not bad enough, we all sat on wooden/cardboard boxes for 100 minutes of this torture.  Enough is enough NYTW.  Did you forget how to put on a normal play where the actor is on stage and the audience is in a comfortable seat?  I get it - you're Avant-Garde.  Well if you continue down this path you will be nothing more than a traveling circus.  Maybe that's a good idea since Ringling Brothers is no longer in business.

A classic David Mamet subject without his signature style of endless cursing.  Mr. Mamet has penned a moral and ethical dilemma that really has no answer but leaves lots of questions.  It's done in an ingenious style of giving you only some of the facts, making you guess at others and revealing a key element right at the end - which only serves to make you reflect back upon the entire play, who said what and how it fits with this new-found nugget of knowledge.  Mr. Mamet cleverly weaves a legal issue (murder) with homosexuality (a murder committed by a gay boy) and religion (his doctor seems to have some opinions on both matters). 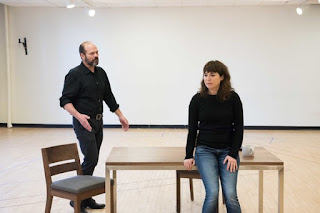 I am no Mamet expert.  Frankly I'm no expert, period.  However, upon reflections on the events in the play, for some reason, I am driven to conclude that Mr. Mamet's ultimate goal is to rip religion a new asshole for being used as a cover and an excuse all too often.  I could be wrong, but I really think the doctor may not have been a deeply religious man, but when he made a mistake with his patient (which involves a gun) he may have felt it OK to cover his mistake with an even bigger lie about his religious beliefs.  Like I said, I'm no expert, but If someone did what the doctor's wife reveals at the very end, I can't imagine how anyone could allow it to happen - sworn Hippocratic oath or not. 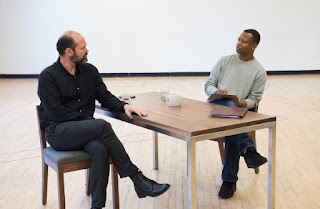 I will say that Chris Bauer (Charles) held court in most every scene with his own strong convictions and beliefs.  His wife (Kath) Rebecca Pidgeon was a bit stilted and awkward.  Not sure if that was intentional or it was just a lack of performances to master the Mamet style dialogue.  Lawrence Gilliard (The Attorney) provided a brilliant and impeccable performance poking holes in the doctor's statements during a remarkable deposition scene. Jordan Lage (Richard) was a stalwart defense attorney to Charles.

Head on over to the Atlantic Theatre on West 20th and catch a performance of a gripping and thought provoking drama.
Reviewed by: doug marino

She's a power player.  She's stunning at 50 - always was and will be for quite a while longer.  She's successful, strong, and confident.  She was on a mission when she started her career - change the world - one face at a time.  Beauty products - with a message and values.  In Penelope Skinner's new play, Linda appears to have it all - however behind the scenes cracks are beginning to show - with her husband, her daughters, and her career itself.

Janie Dee (Linda Wilde) takes the stage and wrings every last drop out of it.  She takes no prisoners.  Her daughters Jennifer Ikeda (Alice) and Molly Ranson (Bridget) bring both joy and angst to Linda's life.  As the show progresses we see how life is changing around her ideals and how they just might not work for her anymore.  Molly Griggs (Amy) throws quite possibly the biggest wrench in the works.

The play is a tour de force with only minor wrinkles and distractions.  Top notch directing by artistic director Lynne Meadow brings this show to a formidable life.  Linda has to look herself in the mirror every day.  Go see what she comes of it.
Reviewed by: doug marino