Natasha, Pierre, and The Great Comet of 1812 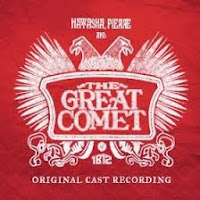 It's a grand party in a glamorous pop-up cabaret tent right here on Broadway, freshly moved uptown from the Meatpacking district.  One would think the edgy, avant-garde performance style fits best downtown, but clearly the producers are bucking the entrenched Broadway traditions! 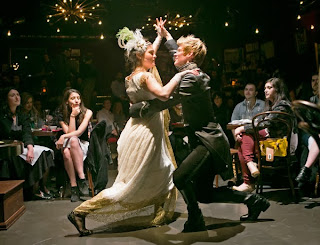 The Kazino (the casino) as it's called, is a supper club draped in velvet and adorned with glamorous chandelier lights.   The show takes place throughout the performance space which is dotted with the tables of patrons.  The orchestra is a band located throughout the theatre and the action takes place all around and amongst the patrons who are enjoying wine, cheese and other Russian delights which can be supplemented (read $$$$) with other menu items.

The story comes from an audacious book - War and Peace.  But in reality it's really nothing more than a tele-novella or a lifetime movie,  Girl is left alone by her boyfriend who is off to war.  Girl meets new boy and new boy romances her.  Girl realizes her delicate situation and tries to kill herself but does not succeed.  Boy returns from war.  Longtime friend of girl professes his love for her.  And so goes the evening as a comet descends on the planet. 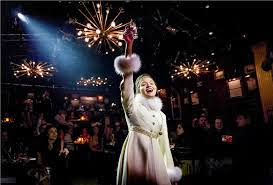 A+ for performance space and immersive approach to telling the story - no spoken word rather all sung! Not quite as high a grade for the story itself however.  It seems unnecessarily drawn out (perhaps like the book from whence it came).

Overall, the show was magnificent and the evening was an entertainment success but I was left wondering why the story was not as dazzling as the cast, costumes, vocals, band, and venue itself.

Neil Patrick Harris directs this brief wonder now running at the Signature Theatre on W42nd Street.  (Did you know that in addition to being an uber-handsome actor and award show host he's the president of the Academy of Magical Arts at Magic Castle?!) 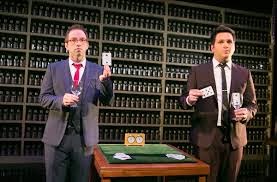 Noting to Hide is a magic show with an even bigger dash of comedy.  As a matter of fact, the card tricks -some elaborate- manage to delight, but the chemistry and personality that Derek Delgaudio and Helder Guimaraes bring to the stage are the real stars of this show.  A show of just card tricks would be a yawn, after all.

It's warm and funny and involves the audience in the slight-of-hand tricks which always adds to their material of amusing ad-libs in reaction to what they ask the audience to contribute.  My only complaint is that it seemed too short.  If these two ever give up magic, they'll always have comedy.

In fact, it might actually work the other way too. 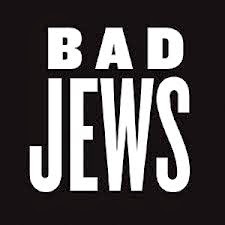 Joshua Harmon's new play just got promoted upstairs! Roundabout moved the bitingly funny play from the black-box theater downstairs to the Laura Pels stage for a run during their 2013-2014 subscription. 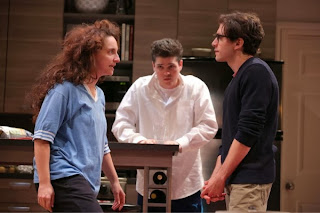 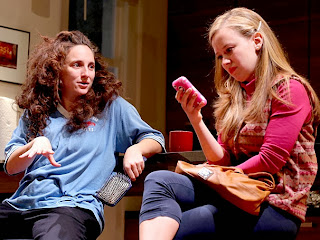 The play centers around 3 cousins gathering in NYC on Riverside  Drive the during the funeral and Shiva period after their grandfather's (Papi's) death.  Central to the evening's controversy is uber-Jew, Daphna (aka Diana) Feygenbaum, (Tracee Chimo) who seemingly thrives on divisiveness and contentiousness ("We're not arguing, we're talking" she explains at one point).  She clearly dominates her introverted cousin, Jonah Haber (Phillip Ettinger), and clashes head-on with her nemesis and other cousin (and brother of Jonah), Liam (aka Shlomo) Haber (Michael Zegen).  Molly Ranson plays the mousy girlfriend, (Melody) of Liam who unwittingly ends up being the reason for much of the angst-ridden family debate and vitriol.

It's a cauldron of Jewish issues of cultural assimilation, religious beliefs (and the ones chosen to be ignored), and most of all, family.  Everyone, Jewish or not, can find a nugget of family in this play despite the specifics of this plot.  By the end of the 1:35 minute run you'll be exhausted yet relieved at the same time.  You can only take so much family time at once, after all.
Reviewed by: doug marino 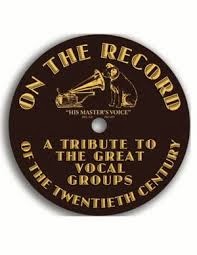 It's like a walk down musical memory lane.  Four crooners peddling delicious melodies, tight harmonies, and a songbook packed with hits.  The affable Bill Daugherty, the incredibly adorable Paul Kropfl, the relaxed and smooth Amanda Savan and the indomitable and animated Deborah Tranelli amaze and delight in this pitch-perfect musical history lesson. 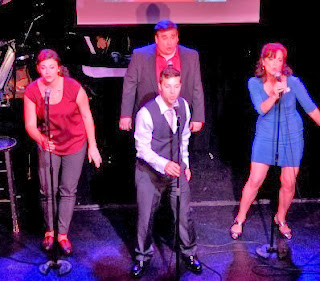 They start roughly in the 30's and walk us through the many great duos, trios, foursomes... and more - all the way up to the 70's covering a wide variety of styles and genres.   Not only do they remind you of some of the popular tunes and who sang them but they also sneak in a bit of history of music and the evolution of music technology and record labels in the process.

They sing them all - and you just want more.  They're animated, entertaining, personable, and delightful.  It's one of these toe-tapping, head bobbing kind of shows.  Don't miss this one - appearing periodically at The Triad (Stage 72).
Reviewed by: doug marino