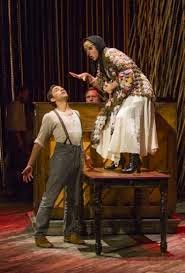 With a blockbuster holiday movie on the horizon in just a few days, I am once again bewildered by Roundabout Theater Company's decisions to put plays on the stage.  But despite the much hyped anticipation of the movie, I hope this parallel stage show is going to get its due praise.  The Fiasco Theater Production of Stephen Sondheim and James Lapine's epic musical as interpreted by this artful company is triumphant, theatrical, and simply entertainment at its best. Fairy tales woven into discordant, staccato music, intelligent and witty lyrics, and artful staging simply dazzles in this two part musical theater lesson on life.  Subscribers and non-subscribers alike should head over to West 46th Street to the Laura Pels Theater to catch a performance by this supremely talented cast.  Ben Seinfeld and Jessie Austrian (Baker and His Wife) anchor the story of their quest for items to be given to Jennifer Mudge (The Witch) in exchange for a child.  They encounter a potpourri of fairy tale characters including Little Red Riding Hood (Emily Young), Cinderella (Clarire Karpen),  and Jack -think bean-stalk- (Patrick Mulryan).

The cast mostly does double and triple duty with characters all the while a few of them play instruments on stage and create sound-effects too! 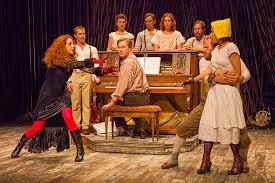 The show is really a two part tale - is every so slightly long - and wraps up one story in Act I and tells a very different tale in Act II.  Overall - The show is clearly a deeply rich Sondheim work that has a lot to say - both musically and dramatically.

I wonder if anyone will mistake the stage musical for the movie.  If they did, I guarantee they would walk out happily ever-after!
Reviewed by: doug marino 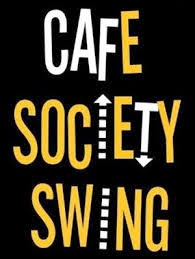 A rockin' live Jazz band on stage, cool-as-cats vocalists, and a wildly true story about the first un-segregated Jazz club in New York City are the ingredients in this impressive walk down memory lane at 59E59 Theaters this month.

Creator Alex Webb takes us on a tour of the talents and musicians who pass through the doors of this magical club at #1 Sheridan Square in Greenwich Village in the early 20th century when it wasn't fashionable for blacks and whites to mix, wasn't fashionable to be a liberal (read "red") but it was a time of incredible music and musicians to make their debuts and first grace the world's stage.

All that said, there are some adjustments I think need to be made here.  The musicians and vocalists are magnificent - embodying every character they are there to showcase - such as Billie Holiday, Sara Vaughn and many more.  Unfortunately, the show takes the form of a narrator walking you through the history (as a few different characters).  The script is thin and the actor who portrays this narrator is even thinner. It certainly detracted from the speed, the energy, and potency of the show.  Re-cast with a much more dynamic individual and punched up execution, I think this show as the potential to WOW audiences from beginning to end.

If you like Jazz and want to hear a little-known true story about an incredible club at an historic time in NYC - don't let the narrator issues sway your decision.  Most certainly you'll enjoy the musical performances and learn a tad bit too!

Vocalists Cyrille Aimee, Allan Harris, and Charenee Wade will transport you back in time with their silky smooth voices.
Reviewed by: doug marino

For 80 minutes on a Broadway stage, Roland (Jake Gyllenhaal) and Marianne (Ruth Wilson) manage to thoroughly engage you in a pastiche of possibilities, multiple dimensions of the universe, unlimited possible outcomes, and a world of possibilities that just may exist all at the same time.

Although a bit brief for the Broadway stage, the theatricality of the interactions and such well rehearsed and brilliantly executed vignettes captivate your imagination and keep the gears of your mind churning from the very first to the very last minute.

On a good day, theater is supposed to make you think and challenge your beliefs.  This play by the brilliant Nick Payne, first presented in London in 2012, succeeds wildly on both fronts  - and you may just leave the theater believing that there is still some wonder left out there in the universe. Blinking lights and white balloons included in the price of admission!
Reviewed by: doug marino 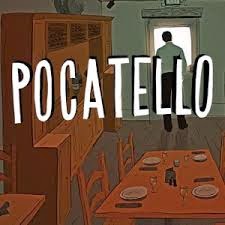 There's a new play on at Playwrights Horizons and it has a little bit of sexy-star-sizzle.  The always adorable and boyishly handsome T.R. Knight  (Eddie) takes the helm of Samuel D. Hunter's Pocatello along with the always divine Brenda Whele (Doris).

Unfortunately, this is not one of Mr. Hunter's best thought out plays. Yes, the idea is laudable - a man is lost in his very own hometown and searching for himself, his place, and his sense of family in an ever evolving landscape of unemployment, strip malls, fast food, and ATMs.  I get it.  I actually like the idea.  Mr. Hunter has appropriately captured the anger, character, and lost dreams of middle America in his dialogue.  For this I applaud him. 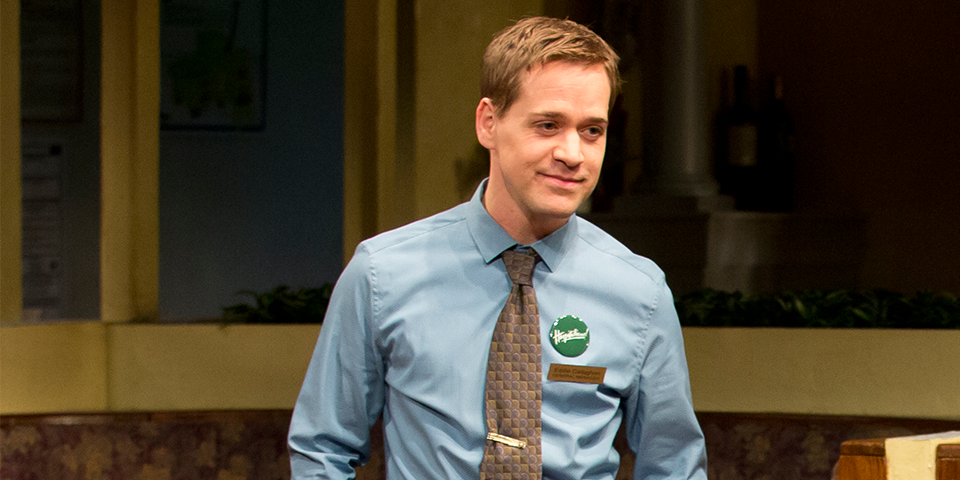 However, Mr. Hunter seems to have peppered the cast with characters that are all too interesting to not have developed.   Cameron Scoggins (Max) and Elvy Yost (Isabelle) both brilliantly acted, but their characters failed to advance the story.  Jonathan Hogan (Cole) is an older actor who just hit it out of the park with his onset of Alzheimer's affliction, but was this just for sympathy?  Leah Karpel nailed her performance of the angry young vegetarian-i hate my parents-nobody gets me routine, but do we really need one of these in every play?  Danny Wolohan (Troy) and his unhappy wife, Jennifer Dickey (Tammy) had the requisite bad marriage involving alcoholism, depression and the aforementioned angry daughter.  Cliche?  And what specifically was so emotionally visceral about that cheese-wiz casserole that Brett Hutchison (Nick) almost threw up on stage?  It just seemed to me that Mr. Hunter poured all the Lifetime movie characteristics into this play about middle America - the flyover states- middle of nowhere America.  All these characters distracted from the main character and his sense of loneliness and isolation from family. 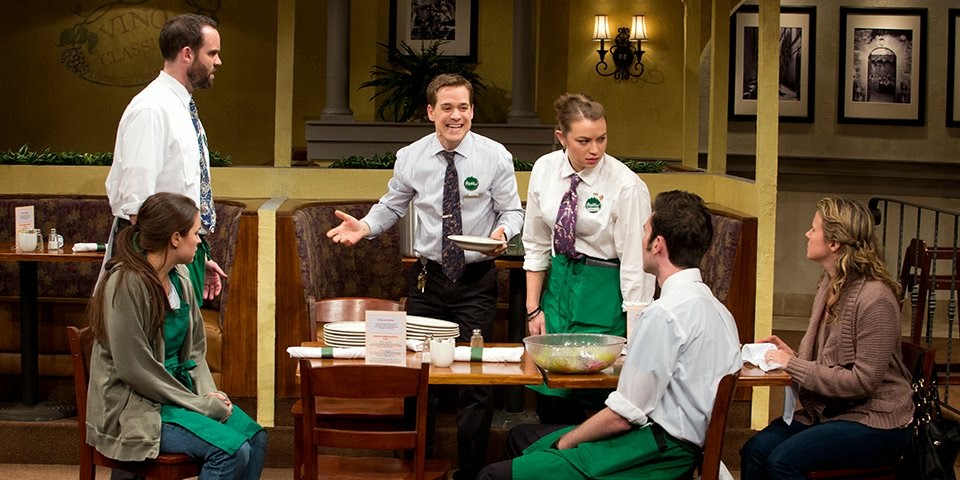 The deepest sadness of the plot was therefore under-represented - -why exactly was Eddie so hell bent on keeping these mis-fit toys together?  We are not sufficiently introduced to his motivations, only his vague actions.  This becomes frustrating as you are constantly trying to figure out "why".  It is only at the very end that you learn a very tragic and sad fact about his mother, her motivations, and feelings about her gay son (yes, he threw this in for effect too).

You end up leaving the theatre with a deep sadness about family failings.  Perhaps Mr. Hunter succeeded in making us sad, but how or why we got there is at times a mystery - much like the pasta of the week on the menu.