Four talented stars from various segments in the arts have been gathered together at the Atlantic Theater Company to tell us a story of "love, family, and the geography of an American Dream."

The story revolves around a road trip taken by two kids (Matthew Morrison - Hairspray and Light in the Piazza and Irene Molloy) in a Toyota pickup from Florida to New York. They stop along the way and meet a potpourri of friends, family and other savory characters - all played brilliantly by Mare Winningham and Skipp Sudduth (NBC's Third Watch - John "Sully" Sullivan).

The songs (music and lyrics by Grammy-nominated singer songwriter Patty Griffin)is mostly pure high energy Rock and Roll with a few powerful love songs and ballads thrown in. Morrison, owned the stage with his powerful voice and sexy bod... and yes, his shirt did indeed come off just once (sigh!). The story and characters are all working class folks with the many troubles you might expect them to have - alcoholism, unwanted pregnancy, coming of age, religion, and war... All this - and who would have thought Mare Winningham had such a knock out voice! If you didn't know better - you'd think it was 11 o'clock when she sang "Making Pies".

Surprises abound on West 20th Street at the Atlantic Theater Company. Check it out!
Reviewed by: doug marino

A gem of a show to end the Encores! season with. A unique production for the creative group at NY City Center - a review of the "best of the best" songs and scenes from the Vaudeville era. They tell me that the show was written with Kristin Chenoweth in mind - and what a darling she was. 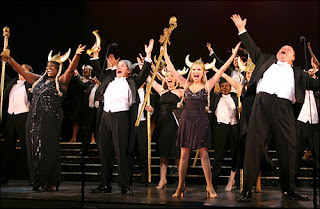 The cast was rounded out with Kevin Chamberlin, Christopher Fitzgerald, Michael Gruber, Shonn Wiley (that uber cute blond boy), Capathia Jenkins and Ruthie Henshall and a great supporting chorus of talented dancers and singers. And you can't ever leave out the spectacular Encores! Orchestra - - never a sour note!! A few stand out performances to note:

Capathia Jenkins - Pack up your Sins and Go to the Devil and My Handyman Ain't Handy No More; Ruthie Henshall - Memories of You and Ev'ry Time We Say Goodbye; Shonn Wiley and Jenn Gambatese - Rhode Island is Famous for You; Kendrick Jones - Doin' the New Low-Down.


Although different from the normal production - it still stuck to the mission of Encores! which is to present rarely-heard works of America's most important composers and lyricists.
Reviewed by: doug marino 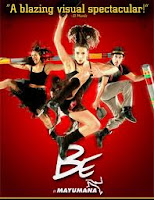 One Part Stomp, One part Blue Man Group, One Part De La Guarda, and One Part Toxic Audio - - all tossed into one 90 minute show. Visually stunning. Alive with Rhythm. Packed full of emotion and energy. Not much dialogue, as you would expect. But you still leave with the sense that a story was told.

Don't miss this pastiche of color, sound and rhythm at the Union Square Theater! The extremely fit and sexy actors leave the stage dripping with sweat from what you can tell is a labor of love.
Reviewed by: doug marino 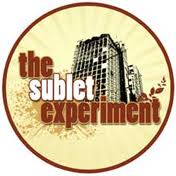 They travel from apartment to apartment putting on a show. The show about subletting actually sublets, sort of. What a clever concept. Seriously - they hold the play in real people's apartments in all the boroughs.


It's a phenomenon that's catching on. Every New Yorker is obsessed with space - renting it, buying it, or as the play's title suggests -

This romantic comedy comes with a twist (not to be revealed here). Let's just say that all the intrigue and mystery of a new roommate may not be what it seems.

Check it out: http://www.subletexperiment.com
Reviewed by: doug marino 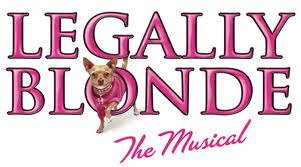 This might just be the Best Musical of the Year! Okay, it's a little "light" on the intelligence scale, but it rocked the house! I do still hope that Ms. Ebbersole winds for Best Actress in Grey Gardens - but I have to say - Laura Bell Bundy is going to give her a run for her money!

Yes, it's based on the movie - need i say more?

The supporting cast is large - and full of bubbles and energy. This is Jerry Mitchell's directorial debut on Broadway - an accomplishment that may not go down in the history books - but he also choreographed the show - and sensational describes that aspect of the show. 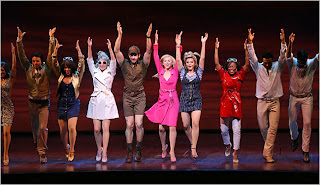 One thing this show requires is non-stop action, movement, glitz, pomp, and Broadway show numbers - and that's exactly what we got. Jerry's signature was all over the show. The Greek Chorus girls, (great idea, Jerry) and the usual gratuitous number or two including shirtless boys, high kicks, frivolous costumes, and not one, but two dogs are part of making the show a huge Broadway success!

OMIGOD You Guys!! Don your best pink shirt and slip over to the Palace Theater - - you''ll leave with a smile on your face. If, from nothing else, watching Andy Karl strut his "UPS" self all over the stage. (Unfortunately, he wasn't one of the gratuitous shirtless ones!)
Reviewed by: doug marino

The Scopes Monkey Trial comes to Broadway with two legendary actors on opposite sides of the courtroom. Brian Dennehy and Christopher Plumber take on the legendary courtroom battle based on the trial of a young teacher (Scopes) who wanted to teach Darwin's theory of evolution in an extremely zealous and religious small town. 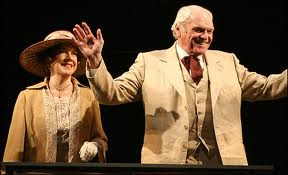 This staging seemed appropriate for today. The story was more about the ideas and highlights of the extreme views rather than the details of the original courtroom drama. Very relevant even today - - considering the fact that religious extremism surrounds us all over the world and at home even today! 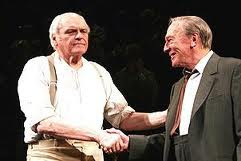 Dennis O'Hare rounded out the stars in his portrayal of E.K Hornbeck, the journalist from Baltimore Maryland who's newspaper hired Henry Drummond to come defend the poor teacher against the slings and arrows of the religious zealot of the time, Matthew Harrison Brady.


What an incredible season on Broadway - after just seeing Angela Landsbury and Marion Seldes to then see Christopher Plummer and Brian Dennehy one-up each other on stage like the old pros they are! They just don't make 'em like they used to. Catch this one while you can. It was relevant 100 years ago, it's relevant today, and will probably be 100 years from now too.
Reviewed by: doug marino