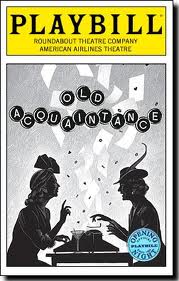 A gem of a play - light and fun - just what's needed as the summer approaches. This old John van Druten play staring Margaret Colin and Harriet Harris couldn't be more enjoyable. Two childhood friends and rivals battle it out on stage over men, relationships, a daughter, a husband, and writing books - all in a very lady-like way. Think Lucy and Ethel, but a bit more serious, and a bit more intelligent. 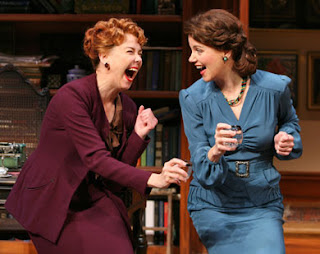 For those history buffs - this one originally starred Jane Cowl and Peggy Wood on Broadway in 1940 - and then was made into a Warner Bros. movie in 1943 starring Bette Davis and Miriam Hopkins (now that's a pair I'd love to have seen!).

Harriet Harris and Margaret Colin have the leading-lady comedic chops to make this one work! Although a bit dated - New York City circa 1940 - the play still conveys the core message - about friendship and rivalry - quite effectively.
If you get the opportunity - check this one out at the Roundabout this summer!
Reviewed by: doug marino

A must see. 75 Minutes; 3 Actors; and 1 story based on the Mormon religion and homosexuality. Plan-B Theater Company - Kudos for a marvelous evening of theater. 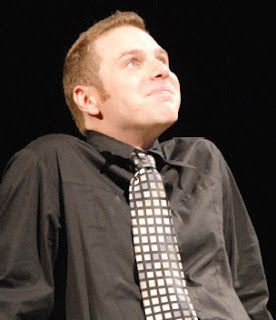 Charles Lynn Frost, Jayne Luke and Jay Perry - - I believed every word you uttered. Carol Lynn Pearson - your writing is powerful and covertly expository. Your dialogue effortlessly educated the audience as to the whys and wherefores of the Mormon religion which play directly into the emotional conflict on stage.

I never felt i was being taught or preached at, but in reality both were true. Jerry Rapier your direction, the subtle handling of the characters' movements, and dramatic lighting was suburbly planned and executed throughout. In the silence on stage often the sound by Cheryl Ann Cluff enveloped the audience and told its own story. 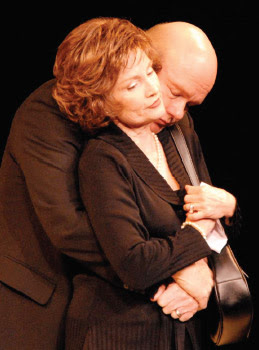 Two devout Mormon parents attempt to come to grips with the suicide death of their gay son. As if that was not enough to generate emotion - his son's partner shows up at the grave site.


Who really knew this boy? Who's fault is his death? What will God think about each of them at the judgement day?

A Quote from Rabbi Harold Kushner printed in the Playbill sums it up nicely:


~ "Thank you Carol Lynn Pearson, for reminding us that the task of any religion is to teach us whom we're required to love, not whom we're entitled to hate." ~
Reviewed by: doug marino

The cast may come and go, but the story remains the same. Boy meets boy. Boy falls unexpectedly in love with boy. Boy lies to boy and the consequences are not pretty.

This evening of 1980's fluff that takes place mostly at Potions - a gay nightclub on Staten Island. Need I say more? Get the picture? 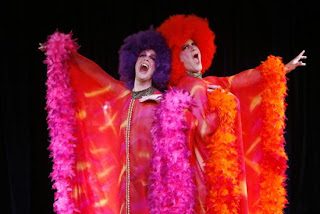 
Each of the characters is a caricature you'd recognize immediately. A New York City Cop with the accent to prove it; A gorgeous, cocky, jock/playboy with the body to prove it; A big-haired, middle-aged Italian house wife fag-hag with the hair to prove it; Two flaming drag queens with feathers to prove it; A skinny, gay club boy (redundant, i know) with the attitude to prove it; And a supporting cast wearing Izod shirts, tapered jeans, and penny loafers, and ray bans! 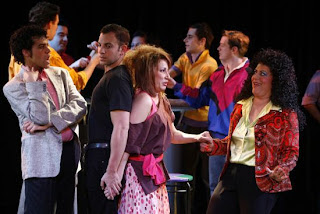 For a pretty low budget operation, I'm glad they invested in the "costumes" (what do you mean, my Sergio's are not in style any more?). Plenty of laughs, at least two numbers from the drag queen divas, a full company dance to Thriller,and plenty of 1980's humor along the way.


At it's core - a love story, but anyone approaching or just past 40 will appreciate the humor in the entire production. (pssst...Tom Baran, I'll cook you dinner any time!).
Reviewed by: doug marino 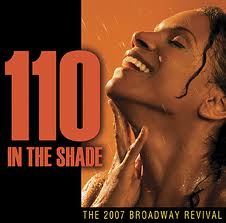 For those that do not know (like me), this is the musical version of the play The Rainmaker. Although a bit dated, not stale. Audra McDonald plays Lizzie Curry, the middle aged woman who is too smart, honest, and plain for the likings of most of the men in her era - 1936 in the Texas Panhandle. A con man, Starbuck, comes to town (the rainmaker) in the dead heat of the summer and promises to make it rain (Steve Kazee). But what he does instead is to stir up the emotions and passions in the town and awaken dormant love. 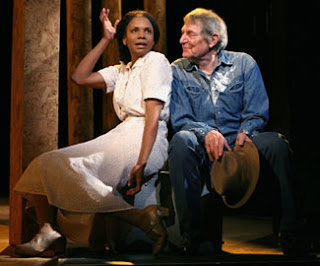 I must say that the musical seemed a bit "forced". Music popping up here and there without an overriding consistency and cohesiveness. And visually, i was not always connecting with the idea of family given the mixed race cast. I know I was supposed to look beyond that into the story, the art and music, but it was a constant visual disconnect that I kept coming back to.


Audra also seemed to struggle with her powerhouse classical voice (it is one of the best there is!) juxtaposed against the need for a plain and poor southern accent Lizzie's character required. One of the biggest delights of the evening was indeed her amusing rendition of Raunchy.


Audra is an extremely talented young woman and certainly deserves a Tony nod for this performance, but i just don't think this show is a vehicle for her to win in 2007.
Reviewed by: doug marino