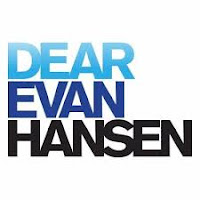 I've never felt so torn about the review of a show as I have after attending an evening at Second Stage to watch Dear Evan Hansen.  The title represents a key document in the teen-angst musical's plot - an alleged suicide note to be specific.  The trouble here - it wasn't s suicide note and just about everything that Evan Hansen (Ben Platt) told Colton's (Mike Faist) family after they mistook it for their son's suicide note is a complete lie.  The lie explodes beyond friends, family, school and ultimately and predictably overtakes social media into the entire community and larger social network.  The social commentary here has something to do with "fitting in".  It is complicated by the fact that the chief liar is a messed up kid himself - so one might ask "Is it OK to lie and promote those lies about a dead kid as long as it actually helps heal and help the messed up one who is still alive?"  I really think that the fact that this show made it this far means that people just look at the premise and say "That's just how it is." 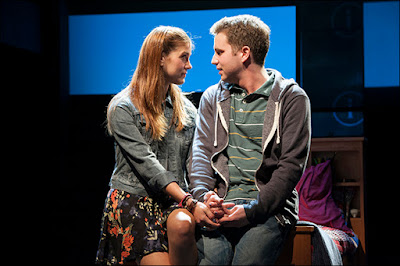 I understand that one of the writers of this musical (Benj Pasek or Justin Paul I am not sure which) wrote it as a response to a suicide they experienced in their own young school life.  The trouble I found here is that although there is a mild "you get what you deserve" ending, it basically promotes this behavior or if you can't take that  strong a position, you must admit it does virtually nothing to reject the premise.   To make my life harder - the music and songs were astonishingly beautiful.  It really is possible to pair superb music with sub-standard material.

As for the acting - overall despite the youth and inexperience of the cast - it was indeed superlative, and in Ben Platt's (Evan Hansen's) case - (once this show makes it to Broadway) Tony Award Winning stuff.  Seriously, it was that good.  Mr. Platt takes the mannerisms, verbal ticks, quirks, and eye movements of a shy, anxious, socially awkward boy and makes you believe he really is.  His staccato verbal style, pregnant pauses, and nervous laughter is real.  His emotion and actual tears on the stage are quite literally present and true.  His vocals are angelic and the songs/lyrics by Messers Pasek and Paul are quite literally haunting.  Although I will make note that way too many songs had wild swings in octave which forced Mr. Platt into and out of his falsetto voice way too many times.  His cast mates Mike Faist (Connor Murphy) and Will Roland (Jared Kleinman) support Mr. Platt well.  It's a  fine young ensemble cast, the look of the stage, digital and the sound, electronic. 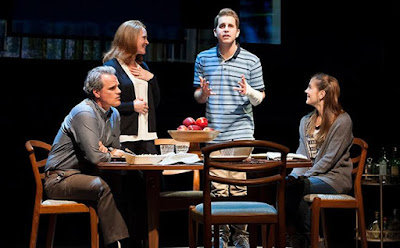 Indeed, I cried at multiple points at the show.  I was upset, I was disturbed, I was sad for Evan Hansen.  But those tears were often tears for the sad and tragic situation he created.  I was crying for his predicament.  Some would argue that is the achievement of theatrical empathy.  I would agree with that theatrical analysis, except I was more upset at what he did rather than for him.

At over 2h:35m (at my performance) the show, which is known to be heading to Broadway after this run, is also way too long.  There is much to be cut and if asked I could readily suggest at least 3 different scenes that could be scrapped.  This show should probably come in at 2 solid hours including the intermission.

Much like Evan, I too am tortured and torn.  This show was so good, yet so disappointing all at the same time to me.
Reviewed by: doug marino