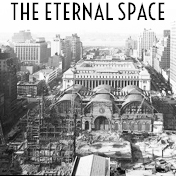 A touching and warm trip down memory lane, both for the actors in the play as well as an audience old enough to have experienced or perhaps only young enough to have heard about it.  The it, refers to the deconstruction of the old massive and grand Penn Station to make way for Madison Square Garden and Penn Plaza.  Justin Rivers has penned a two-hander that will warm your heart over at the Lion Theater. 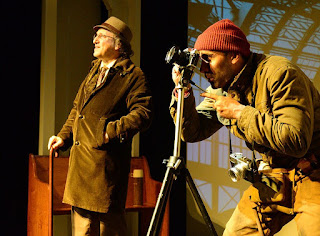 The playwright was careful not to vilify either side of the argument for or against but rather to tell a tender story that reveals how the grandeur of this building affected the lives of two very different people in this great big city of ours.  Joseph Lanzarote (Clyde Baldo) is an older English teacher - a smart, staunch, art lover and lonely wordsmith who wants to save the grand space. Paul Abbot (Matthew Pilieci) plays a construction worker charged with taking the structure down.  Two unlikely, yet fast friends - Joseph an observer and lover of the architecture, Paul, oddly, a photographer at the same time demolition team member.  They share a common attraction despite being totally opposites in class, education, and life in general.  We find through their meetings and banter over the year that both have a deep connection to the station through family members.

The show features grand projections that turn the stage into the grand station itself from various angles and times.  We'll forever argue about the wisdom of tearing the station down, but one thing is true no matter what - millions passed through the edifice and the edifice affected so many people in countless ways.  This was just one of the millions of stories out there.   A link to the show's website which provides many more pictures and documentation on the show and its subject matter - http://theeternalspaceplay.com 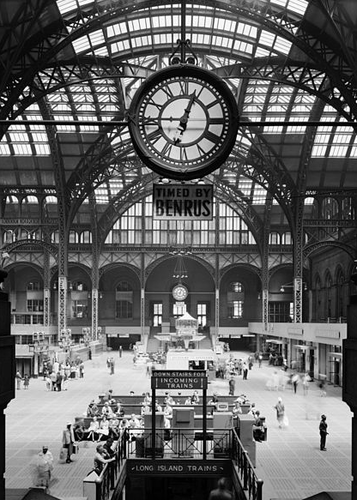