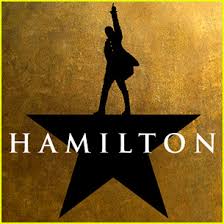 With all the hype this will be quick.  Lin-Manuel Miranda is a genius.  To be fair I did not pay $800 for a ticket.  I waited and waited and finally won the lottery!  My ticket - in the first row - cost me $10 and a lot of daily disappointment leading up to now.

For $10 this was THE most amazing experience.  If I had paid $800 I may have been more critical, but there is very little to be critical about.  This show, despite a major cast change, is a 10 out of 10.  It's crisp, loud, and strong.  I saw the swing cast - and even with these 3rd stringers - the show was magnificent and I cannot imagine it being better. 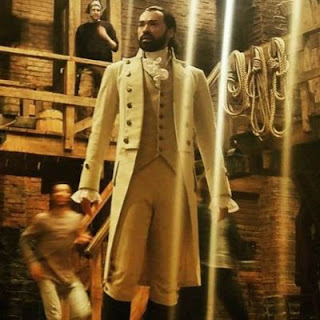 To be fair - it's dense - very dense.  I think most people who pull up in the big white busses just see it because they are told to.  Even I didn't get everything and I paid close attention.  You have to be a real history buff to really understand everything.  I suspect many on those busses are not history buffs and probably walked out checking a box and emptying their pockets but when asked, couldn't really tell you what went on.  Hamilton (Jevon McFerrin) was magnificent as was Aaron Burr (Nik Walker) as was the rest of the cast including James Monroe Inglehart as Layfayette/Jefferson and Brian D'Arcy James as King George.   Of special note, I think the ensemble may just be the hardest working ensemble on Broadway today.  My eye caught one of them who was especially delicious (Thayne Jasperson) and he held my attention the entire show (those arms!) - which is how I actually noticed how incredibly hard working they all were.

It's a bona-fide hit and I am incredibly thankful for the ticket and will treasure my experience even more because of it.
Reviewed by: doug marino